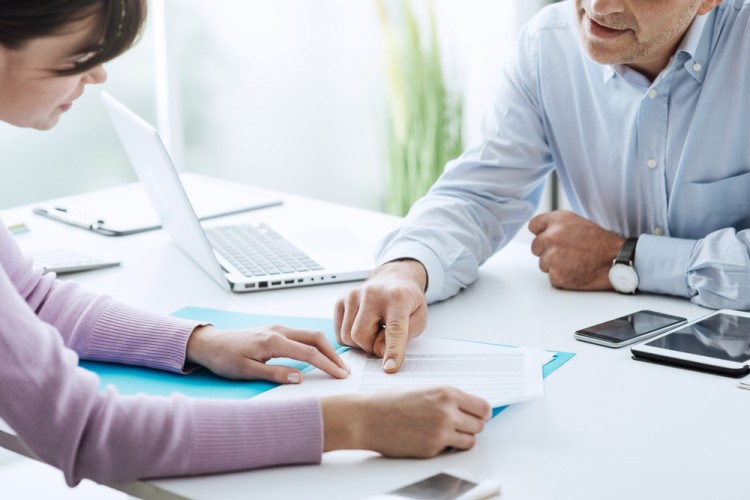 Organizations are becoming increasingly aware of the value of their third party contracts and with that they also put more focus on contract lifecycle management. A question we often get is, “what are the costs of producing a contract”. As you may appreciate it’s difficult, if not impossible, to give a clear cut answer. In other words, it depends. It depends on quite a few factors but, with that being said, this article will try to give you some grip on the question.

This article is largely based on 2 IACCM blogs by Tim Cummins.

What are the main factors that impact the costs?

No contract and no organization is the same which means that there is no single price tag for a procurement contract. Some key considerations that impact the cost of a contract are:

So in order to answer the question we need to make some assumptions. First we assume that we deal with quality contracts, not taking into account contracts that are haphazardly constructed leading to significant risk and costs once the agreement is signed. Let’s also assume that a master agreement is used to cover the core terms and conditions, and that the contract is inclusive of all the schedules and other documents. We will also assume that an organization has instituted an effective contracting process executed by knowledgeable people.

The rise of cost of contract.

Drawing from IACCM studies, based on the analysis of more than 700 organizations, it appears that the average cost of processing and reviewing a basic everyday contract with some level of negotiation has risen over the last 5 to 7 years. It appears that business spend on a low risk contract from draft, negotiation, to signature has increased 38% to an average cost of $6,900. Costs for a mid-complex contract stands at $21,300 and high complexity contracts run into the hundreds of thousands of dollars. These calculations take into account data from large companies and enterprises in North America and Europe with annual revenues of $1 billion or more, comparing current costs with a similar analysis undertaken by IACCM in 2011.

When looking at the full lifecycle of a contract its fair to say that on average 3 to 5 percent of the total costs concerns the pre-signature stage, with the remaining 95 to 97 percent of cost being spend post-signature. This includes the cost of procuring the goods or services and the cost of managing the contract. (this will be further addressed in a future post)

The true cost of contract.

The real cost of a contract reflects the extensive – and growing – time of departments in navigating a deal through the organization. The contract stages include contract creation, processing, review, negotiation and approving. Costs are incurred due to the involvement of multiple departments and individuals in an organization required to iron out the contract details. This may include negotiations setting out statements of work and pricing details, and ever-growing issues around security, privacy and regulatory compliance.

Again, these costs are estimates and may differ significantly per organization. Inefficient companies fall into 2 categories. Those that have a rigorous but inefficient process will experience costs of up to three times the level indicated above. Those that have a) excessive rigidity, or b) no overall process discipline, or c) high levels of non-compliance, may well produce contracts at much lower cost, but their actions will result in extensive post-signature problems – for example, frequent claims and disputes, extensive cost overruns or project delays, and high management costs..

The breakdown of costs in a typical contract involves 2.5 hours of level time (costing the average business an estimated $500, assuming the use of in-house resources), around 18 hours of contract manager/procurement time at a cost of $27,000, around 12 hours ($1,800) of operations, engineering or project management, 2 hours ($300) in finance, up to 6 ($1.000) hours with risk, compliance or regulatory functions and $600 for other types of resources. Cost data influencing these findings are extracted from the 2017 IACCM salary survey, based on its 40,000 members.

What is driving rising contract costs?.

One of the main factors causing an increase in contract costs is the steady increase in domestic and international regulation, such as anti-bribery legislation, data protection, cybersecurity rules and the General Data Protection Regulation (GDPR). Perhaps as important is the fact that services now, on average represent 58% of business-to business-spend. For some industries, such as insurance, financial services, telecommunications, healthcare and professional services this percentage is even significantly higher. Insurance and Financial Services rank highest with respectively 98 and 95 percent. (source: Forrester Research)
Contracts for tangible goods (the main source of contracts in the past) are much easier to test, define and specify, while intangible services contracts require increased diligence, such as validating supplier capabilities through service delivery undertakings, drafting service levels and outlining key performance indicators. The growing importance of complex services is mirrored in growing focus (and length) of contracts. This also has its impact on the attention companies have for the post-signature operational stage of the contract lifecycle.

With these trends the gap between average and best has grown due primarily to variability in the levels and sophistication of automation in handling basic contracts. While the average cost of a simple contract has risen by 38% in 5 to 7 years, for the most efficient organizations this price has risen by only 9%. Smart companies are moving into standard term databases and digitalization, generating less contention, and saving time and money. The world’s most efficient businesses have cut around one-third of the cost on contracts when compared to the average corporation. The most efficient companies adopt contract “playbooks”, codifying contract policies and empowering the organization.