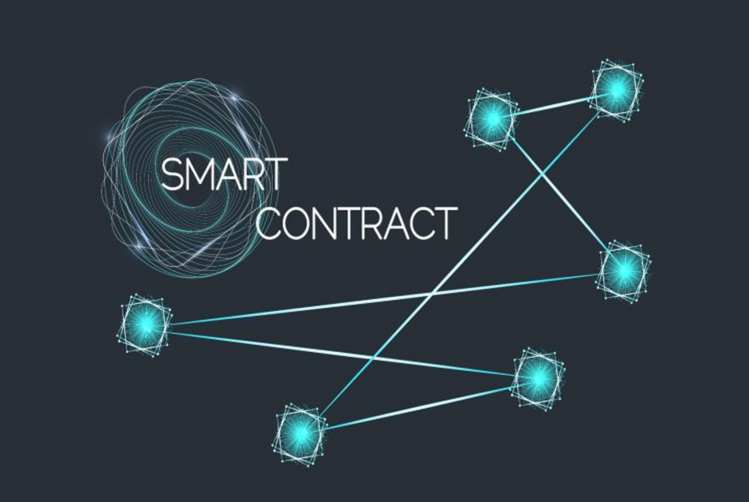 We read and hear more and more about smart contracts. It’s a hot topic and they are one of the big ideas in contract lifecycle management. There’s talk about the time they save, that they reduce legal spend and internal cycle time, while ensuring absolute security, transparency and control. This all makes a good reason to look at this technology. What actually are smart contracts and how smart are they? Do they only offer benefits or are there also risks involved? What is the potential for managing sourced services contracts? Should you get on board now or wait and see how things develop?

With this article we hope to answer these questions so you can judge for yourself what would be the best approach in your situation.

What are smart contracts?

A smart contract is a computerized transaction protocol that executes the terms of a contract. They are an innovative alternative to the everyday regular contracts such as insurance, loans, rental agreements and land registries. The general objectives are to satisfy common contractual conditions, minimize exceptions both malicious and accidental, and minimize the need for trusted intermediaries such as banks or notaries. Related economic goals include lowering fraud loss, arbitrations and enforcement costs, and other transaction costs.

Smart contracts are also called autonomous agreements, digital or blockchain contracts. In essence they are, just like traditional paper contracts, agreements based on a number of terms and conditions. In contrast to paper contracts, agreements in a smart contract are programmed or scripted and stored in a decentralized blockchain network. Each individual transaction under the contract is uniquely captured and time stamped. These transactions are encrypted and duplicated many times across the blockchain network. An example of such a network is Ethereum, which uses the Solidity programming language to execute transactions.

The functioning of a smart contract is deterministic. This means that the code that runs on the blockchain determines what should happen in case of a certain condition (if x happens, then do y). A practical example would be something like: “if I get an offer of X on my car, then sell the car”. This would then trigger the next step in the chain which takes that information and performs another action such as, “if car is delivered then invoice the buyer”. This means that contractual agreements are being translated in an executable script. Smart contracts not only define the rules around an agreement in the same way that a traditional contract does, but they also automatically enforce those obligations. Given a certain initial value and input, a smart contract will always give the same result.

Smart contracts wouldn’t exist without blockchain technology; they go together like hand and glove, and without addressing all the ins and outs of blockchain technology its worth to spend a few words on it. The easiest way to think of blockchain is as a new type of database which can’t be corrupted or compromised. The blockchain is the decentralized sharing of simple transactions or information in a secure manner, without have a central authority or intermediary to perform the information sharing function (compare it to a vending machine where you get your candy or drink without the involvement of a middleman). The information on the blockchain is distributed across a number of different computers, which means that even if one version of the ledger is corrupted or compromised, the other instances will remain unaffected. As you can probably imagine, this makes it a highly versatile technology that has applications across a wide range of industries.

• One of the most common use cases for smart contracts is logistics and supply chain management. For companies involved in manufacturing, shipping and then selling goods, the supply chain can grow so complicated that it’s less like a chain of transactions but more like a web. A blockchain-based system could standardize the data and reduce the amount of human intervention. For example, instead of using a bunch of systems, smart contracts could be set up to cover the acquisition of raw materials and to automatically track products from the time that they’re made to the time that they’re packaged, shipped and delivered. If there are any problems along the way, the company can check the record on the blockchain to identify bottlenecks or to track down lost products. The result is a more streamlined and more transparent system.

• An other inspiring example of a smart contract in action is the ‘Bicycle Plan’ that IBM build for the Dutch Driver and Vehicle Licensing Agency. The application provides a central registry in which the owner can register its electric bicycle with the aim to reduce theft. If the bike is stolen the owner reports it and, based in the chip in the bicycle, the blockchain knows the bike’s location and if it was properly locked. The police, who has access to the system, is informed that the bike has been stolen and gets its current location. The connected insurer processes the claim based on the information in the blockchain such as the value of the bicycle and whether or not it was locked.

What’s the excitement about and how smart are these contracts?

This all sounds great but just how intelligent are these contracts you might ask. Well in fact, despite the name, they are not that smart. They basically just do what they’re told. The smart bit is its efficiency; you only have to write the script once and then it executes, quickly, accurately and autonomously without human intervention. The intelligence comes from the people formulating the contract terms and conditions, those involved in translating the terms into a transaction protocol and the programmers writing the executable software code.

Today most smart contracts are transactional and relatively straightforward like the ‘Bicycle Plan’ example. But what gets people fired up is the idea that if a) smart contracts work, and b) organizations can effectively use them, and d) these transactions are cryptographically and algorithmically defined and d) are inscribed in unalterable digital granite (the blockchain), couldn’t we push the limits of the transaction protocol to more sophisticated contracting? Instead of coding simple “if X then Y” logic, couldn’t we say things like, “if the service level is below par 3 times, then apply a discount of 5%” or “if the vendor offers this level of indemnity, then we respond with fallback clause X”.

Here are some options for future use that are being explored.

The advantages and disadvantages of smart contracts

With this new technology developing and initiatives being undertaken by serious organizations, you may want to consider your own options. But to be fair, the investments can be quite significant so you may want to look at advantages and disadvantages of the smart contracts that you want to consider carefully so that you can make a sensible decision on whether to get on board now or to wait and see how things develops. Below we give you the most cited pros of smart contracts followed by common disadvantages.

Looking at these advantages it’s clear why people are excited and why they explore the potential for their business. But smart contracts also have a dark side that needs to be recognized.

Clearly the advantages and potential of smart contracts are impressive but looking at the issues, the conclusion is that smart contracts are currently far from perfect; the list of challenges is still long. While many of them – especially for simple contracts – can be avoided when things are carefully planned and executed, and by using reliable technology, you still need to be aware of them if you don’t want to get burned. In addition, we should also not hide the fact that blockchains, like we see with Bitcoin, have their price: they are computationally intensive, energy-hungry, slow at times, and not entirely cost-effective. In mass micropayments business, blockchain costs can quickly exceed the actual cost of the product or service purchased. Although experts are trying to resolve the challenges, the critical issues do dissuade potential adopters from signing on.

Also, irrespective of the current state of the technology, one could question what the advantage of fully codifying the contract would be for complex and dynamic bilateral B2B service agreements. These contracts are typically one off and tailored to a specific situation. Additionally, in these type of engagements, choices are not always binary in the form of  “if x then y”; not linear, not always black or white, not always good or bad. Some decisions are based on ‘… it depends …’ and call for deliberation, discussion, negotiation or a judgement call. These kind of decisions are more directional and based on experience, gut feeling, long term strategy, context and relationships. Smart contracts are, at least for now, transactional and not suitable for relational engagements that require the parties include a broader context into their decisions.

The future of smart contracts

Smart contracts have the potential to change current business models but despite its advantages and benefits and its use in some industries, the technology is still immature and it will take time to go mainstream. It’s critical that the risks are being reduced and we shouldn’t forget that people are at the foundation of every smart contract which calls for trust in the developers, the company, the code and the underpinning blockchain. Also before embracing the technology, the legal and regulatory aspects in relation to smart contracts need to be looked into before it is recognized as a valid alternative to traditional contracts. In addition we see that the focus of smart contracts is currently on common everyday contracts and not on complex B2B service arrangement.

But while the market and technology for smart contracts evolves you may want to take advantage of more established technology to optimize your contract management capabilities. This would already get you some significant benefits in terms of speed, cost and control, and would put you on the right path for when smart contracts become mainstream and applicable for complex sourced services engagements.

We see that many organizations are still very traditional when it comes to contracting and contract management. Many don’t have a central repository for their contracts and most contracts are just still on paper or perhaps as a pdf in a file store. This makes it impossible to have easy access to the information in the contracts. Without a proper search function, you have to start reading the contract if you’re looking for a certain clause. It’s also hard to alert on critical events such as renewals, price reviews or deliveries against key objectives. It makes it vertically impossible to compare performance of suppliers across a service portfolio. All these issues result from not having your contracts and contract data captured in a structured and accessible way. Without this, don’t even think about smart contracts. Using technology to capture and structure your contracts is a first step together with the use of automation to support administrative contract management tasks. Not in a way where the system does everything and takes over your job but in a symbiotic way where the computer helps you make your work easier.